Ten years ago this month, members of Darlovelo (then Darlington Cycling Campaign) got together with film-makers from Darlington Media Group to launch the film project Beauty and the Bike. At the time, no one really knew where the film was going to go. The Media Group had received generous support from Darlington Borough Council to help make the film, and the project began with a search for young women who might be interested in taking part. 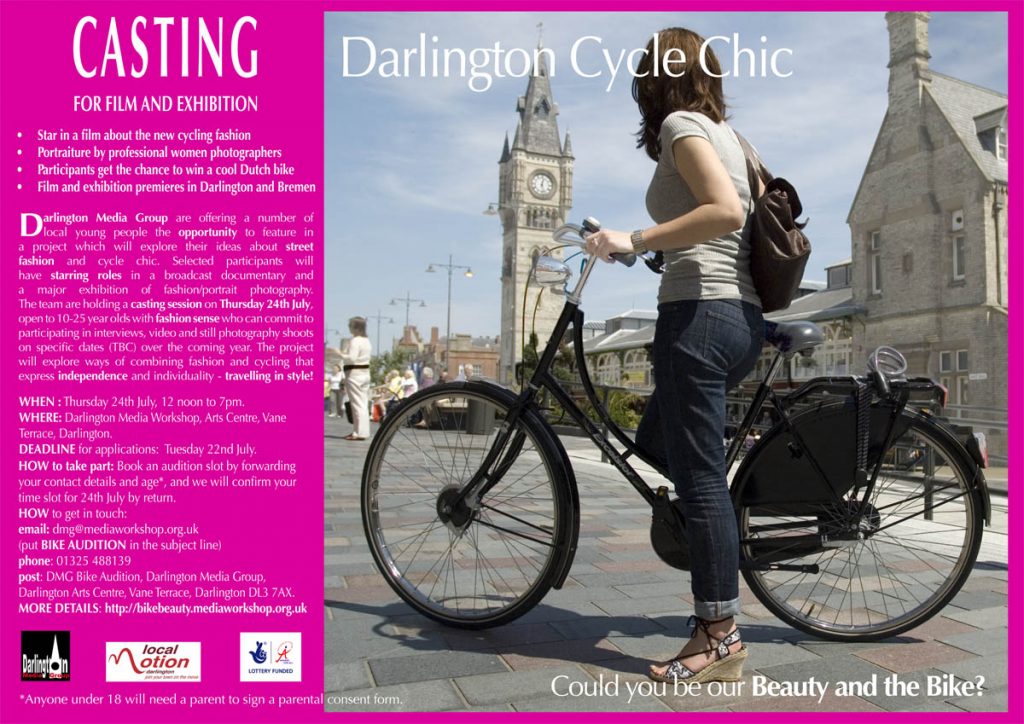 When the auditions took place, interest was considerable, with some 15 young women coming forward. But the film makers found that just one of them cycled regularly. The obvious question – why do young women not cycle – became the basis of the film. Links were established with the city of Bremen in Germany, where nearly all young women use the bicycle to get around. The idea of an exchange between the Darlington and Bremen girls was born, youth funding found, and travel arrangements made. Meanwhile, bikes had to be found for the Darlington group, so a pool of bikes was brought together for their use. Darlovelo was born.

The film was completed in December 2009 and the rest, as they say, is history. It has been screened more than a hundred times around the world at bike festivals, cycle campaign meetings, film festivals, transport transition festivals, and even as part of the Green Party’s transport campaigning in New Zealand. The short online version of the film has been viewed around 145,000 times.

To mark the 10th anniversary of the start of the project, Darlovelo is organising a special screening of the film in full HD. The screening will take place at The Forum, Borough Road, on Monday 17th September, starting at 7pm. A number of the young women from Darlington and Bremen, who were involved in the project, have been invited to attend. Alongside some of the film crew, they will take part in a Q&A after the screening. Contact The Forum for tickets, which cost £3.