Darlington’s Beauty and the Bike project includes a youth exchange with the German state of Bremen.

On Monday one of the project’s researchers will be meeting Dr. Reinhard Loske, Bremen’s Senator for the Environment, Europe and Transport, to discuss his work on improving Bremen’s already good cycling infrastructure.

He also appears in the following video, advocating speed limits for Germany’s motorway network. In fact, he is imposing these speed limits on all the motorways in Bremen State anyway.

In Germany, motorways without speed limits is gospel. Like America’s freedom to bear weapons, the vast majority of Germans see fast driving on motorways as sacrosanct. Dr. Loske is not exactly the establishment’s favourite politician, limiting their god-given freedom to burn fuel. But he understands when it’s necessary to confront national orthodoxy – to rebel. Even when this means taking on the most powerful political lobby in Germany, the car industry.

Our own “national orthodoxy”, as far as transport is concerned, also revolves around the car. To deny our citizens their god-given right to drive the kids 500 yards to school, to the shops, or to the local office, is not only too much for our politicians, but “corridors of certainty” are required to make the trip faster, easier, and more direct.

Heaven forbid the idea that we might disrupt this sacred tarmac by taking a square inch of road space away from the car to construct safe cycle paths. The only space available for such fanciful stuff round here seems to be pavements. If there is a definition of the political rebel that we need here in Darlington, it is the politician brave enough to state the obvious – road space, especially on our main roads, needs to be taken from cars.

The local authority have successfully encouraged many Darlingtonians to switch from car to bicycle. But a cursory count on the streets of the town will tell you that, unlike we seasoned cyclists, these beginners are very often seen on our pavements. The main roads are clearly regarded as just too dangerous.

Our “national orthodoxy” reaction to this, of course, is to curse and scream at those wicked cyclists – and we all know how easily this attitude spreads to include all cyclists. But the brave politician, the politician willing to reflect and understand, must rebel against this orthodoxy, defend cyclists, and state the obvious conclusion. These new cyclists need proper infrastructure.

So until the day we hear this on our own transport agenda, lets celebrate the art of political rebellion, German style.

…and by the way, we hope to invite Dr. Loske to Darlington in the future. 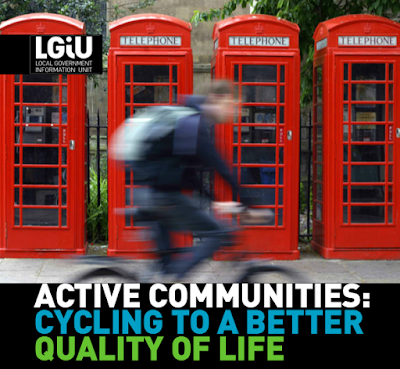 Seven girls from the Beauty and the Bike project are this week visiting Bremen to experience cycling in a cycle-friendly environment. The project has been running in Darlington for almost a year. It is documenting, via video and photography, the reasons why teenage girls typically stop cycling in the UK, but continue in cycling-friendly countries.

The girls are documenting their trip on video on a daily basis. You can catch their vblogs at the Beauty and the Bike site, www.bikebeauty.org, or on the project’s youtube channel. Or watch one of the videos right here.