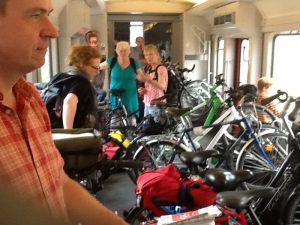 « Pootling to Copenhagen
Schwerin to Wismar »