Last week we attended a further round of public engagement in Bremen’s ongoing Traffic Development Plan 2025. One of the interesting discussions we had involved another woman from the Viertel, our area of Bremen where private car mobility has only an 18% split, whilst cycling accounts for 28% of trips.

Despite such low car usage, our streets are still full with parked vehicles, many of which apparently belong to local residents. The woman we encountered at last week’s meeting would appear to be typical of a lot of our fellow locals, in that she said that she “only rarely” uses her car for special trips out of the city. Most of the time, she guards “her” precious parking spot by not using it. We asked her what “rarely” meant and she replied with “perhaps once or twice a month”.
Of course we were somewhat taken aback by this. The Viertel has a comprehensive car sharing scheme, with 10 different pickup locations within an area no larger than two square kiometres. Why not save money and use this instead? No, she said, she had already done the figures, and reckoned that it was “cheaper” to keep her own car.

Intrigued, we decided to look at the figures for a typical car owner in Bremen ourselves, and compare these with the car-sharing scheme. We pay €9 a month as a couple to be members of Cambio, plus a per-hour and per-kilometre charge. But as long-term members, our tariff is no longer available. So I checked the Cambio website for the latest figures.

A new member now pays a one-off joining fee of €30, and a monthly fee of just €3. Charges for car use vary according to the size of the vehicle (another advantage, having access to small cars or large vans), but a medium-sized car costs €2.90 per hour and €0.36 per kilometre. So a typical trip to an out of town furniture shop or village cafe could take up to 4 hours and involve up to 40 kilometres of driving. The cost of such a trip would be:

Our lady from the Viertel said she uses her car “once or twice a month”, so lets say twice a month. On that basis her first year costs for being a member of Cambio would be:

Now let’s look at the costs of running a private car in Germany. The ADAC, Germany’s motoring club, provides an online tool to calculate the costs of running a private car. Here you can choose a car model and check running costs. One medium sized vehicle in the Cambio fleet is the Opel Astra Estate. According to the ADAC, this will cost an owner at least €571 per month to own, or €6,852 per year. This figure assumes a number of underlying assumptions, which may not be appropriate for our Viertel lady, however. First, they start with a new car, at a cost of €21,115. Anyone who knows the Viertel will realise that this is definitely not a place for a new car. On the other hand, Cambio cars are rarely older than 3 years, and often spanking new. So it would be fairer to assume that the private car purchase would be of a second hand car. The ADAC figures include a depreciation figure of €305 per month, so if we take a 3 year old Astra Estate, the market price becomes

Spread over a life of 7 years, that would mean a monthly cost of €120.65, without taking any borrowing costs into account. The ADAC tool then adds to this capital cost repairs and fixed costs of €169 per month. Our “twice a month” trips involve 80 kilometres, which in an Opel Astra estate would mean some 5 litres of diesel @ €1.42 per litre, or €7.10 per month. This will mean our second hand Astra, used twice a month, would cost

This is over 3 times the cost of using Cambio. So why does our good lady still believe that owning her own car is cheaper? Well, perhaps she doesn’t really use her car “one or two times a month”. Just as British voters historically find it embarrassing to own up to voting Tory, perhaps she is under-estimating her use to make it look good. Let’s say she uses her car twice a week instead. On this basis, Cambio’s costs would rise to €2,770, compared to €2,241 for a private car. This might be one explanation.

But more likely, the up front costs of running a car are forgotten. We notice an awful lot of vehicles standing in the same parking spot for weeks on end. Car ownership in the Viertel is still high. But as the official figures show, car use is low. Many car owners conveniently forget the costs of buying a car in the first place when calculating running costs. And of course there is a reason. Other, non-financial, advantages to car ownership include convenience (as long as it can be parked outside your door), flexibility (especially when compared to public transport) and that most difficult of areas, the car as an extension of the self (identity through car ownership). Consciously or sub-consciously, car owners like to factor these in, especially where there is no car share facility nearby, public transport is poor, and car culture dominates.

Yet in the Viertel, none of these apply. And the bicycle satisfies all three advantages. Could it be a quirk of Bremen’s transport history that a cycling culture has been developed alongside an equally strong car culture? The fact is, once the car is gone, we always think twice about hiring a Cambio car. Do we really need a car for this or that trip? 95% of the time, the answer is no. A bicycle, or for longer distances a train plus a bicycle, is more attractive. So in the end we use Cambio about 6 times a year.

As a footnote, new figures have just been published showing what the average German spends on motoring in his or her lifetime. Typically, Germans drive for 54 years of their lives, and spend €332,000 in the process. That’s €6,148 for every year. When compared with what we spend on our Cambio membership and on public transport, about €1000 a year between us, it’s nice to know that we are saving enough for a comfortable retirement. 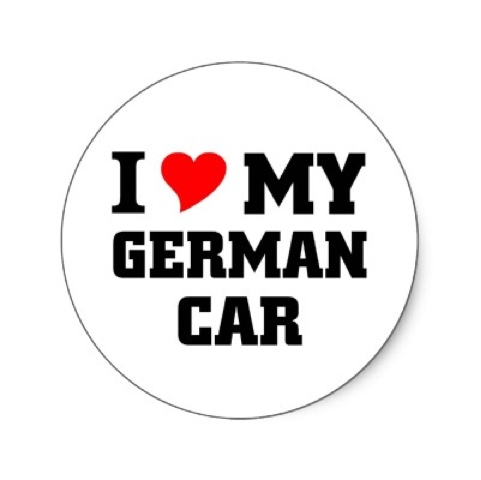